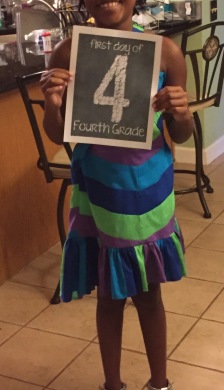 The average time a child spends in foster care is 23 months. Our Princess now has 24 months under her belt of which the last 19 have been in our home with no end in sight. Her life hangs in limbo. Her future seems to be in the hands of a broken system and a judge who is very birth family-oriented and will almost always lean toward sending children back home. Now don’t get me wrong. I’m all for reunification of foster children as quickly as possible. When it’s the right thing to do.

It seems a tragedy that this precious child along with her seven siblings would linger in the system so long with an uncertain future and no plan for permanency. The question we most often hear is “How much longer will she be in care?” After two years of the court not moving in either direction of reunification or adoption, we can give no answer.

Sometimes this is incredibly frustrating, and I wonder what will happen to these children. But, then I look back over the last year and a half.  These children are experiencing the most stability they’ve ever had in their young lives. They are attending school and structured day care. They have routines, warm nutritious meals, foster parents who love them, and they’re all learning about Jesus. Although it seems the court has no concrete plan at this juncture, it seems that God is orchestrating His own plan using this time to stabilize and heal them.

We’ve had a front row seat to the progress and growth our sweet and sassy Princess has made. When she came to us at eight and a half years she spoke like a preschooler, could barely read or do any basic math and suffered from horrific nightmares. And now, she’s an avid reader, has a great vocabulary and constantly asks why. And math, well, let’s just say she’s an artist not a mathematician! Times tables are hard for someone whose brain sees the world in pictures.

Not only have we seen this exponential kind of outward growth, but her emotional health has dramatically improved. Her nightmares are a thing of the past. She has developed resilience and no longer slips into whining and pouting behavior. Oftentimes people comment on her maturity level for a 10-year-old. 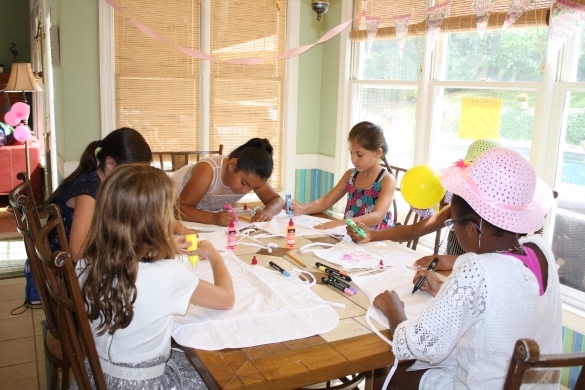 Recently, at her 10th birthday party, she spoke up and kindly reminded her friends who were trash-talking a classmate who wasn’t there. “Hey guys, don’t say anything about _________  that you wouldn’t say to her face.” OK, now to put that situation in context, _________  spent last fall semester bullying and making Princess’s life miserable.

In two months we head back to court. I get a pit in my stomach thinking about it. The judge could send Princess and her siblings back home. It’s a very complicated case, but it is a possibility. He could also rule that the parents’ rights be terminated for any or all of the children.

Let the enormity of either outcome sit with you for a minute.

In the end, Princess’s life is not in the hands of a human judge or a broken governmental system. No, her precious life is held in the strong and loving hand of her faithful Heavenly Father who loves her more than we ever could.

This entry was posted in Foster Care. Bookmark the permalink.

5 Responses to Two Years and Counting …

The Imperfections of Parenting Children from Hard Places

A family growing through foster care

For parents and teachers of young children who seek advice on how to teach them to read.